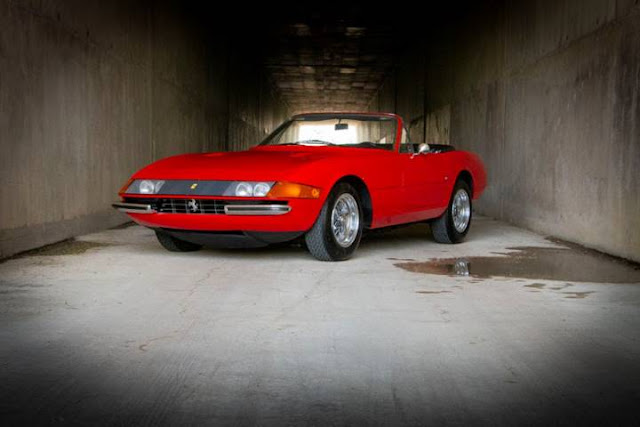 Ferrari debuted the angular 365 GTB/4 at the 1968 Paris Motor Show as the marque’s new V-12 grand tourer, replacing the 275 GTB/4 and the 365. The car was an instant success, and following Ferrari’s 1-2-3 finish at 24 Hours of Daytona the media quickly nicknamed the new model, the “Daytona.” Initially offered solely as a Berlinetta, demand for a spider became evident and Ferrari would produce a limited run of 121 GTS/4 examples. The stunning Daytona Spider design led many Berlinetta owners to convert their cars to the open-top configuration in the 1970s and 1980s—such is the case with the example offered at Auburn Fall.

This left-hand-drive, European-specification 1971 Ferrari 365 GTB/4 Daytona Spider Conversion, chassis no. 13729, was originally delivered to an official dealer in Bologna, Italy, finished in Argento Metallizzato over a blue leather interior. The car was later exported to California, where, in 1981, it was converted into a spider by Michael Sheehan’s European Auto Restoration, a firm well-known for their Daytona conversions. Acquired by the current owner in 2007, the Daytona is now presented in the traditional combination of Rosso Corsa over black leather and rides on chrome knock-off Borrani wire wheels. The interior features Daytona-style seats with red inserts, a leather-wrapped steering wheel, power windows, and air conditioning. With its exceptional presentation and recent servicing, the Daytona Spider conversion is ready for the road (Est. $500,000 - $600,000) 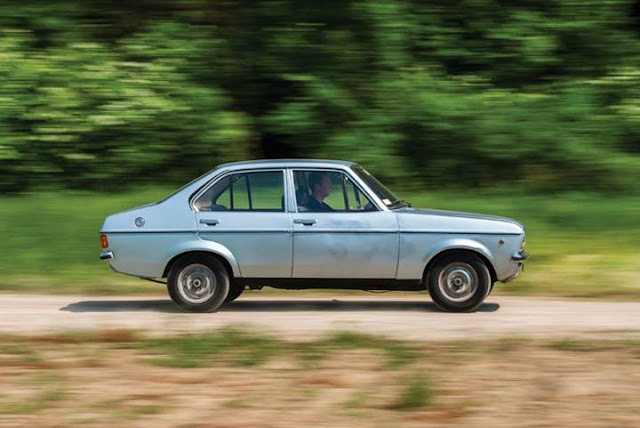 From an iconic model to iconic ownership, Auburn Fall is also set to present a 1976 Ford Escort 1100 GL Sedan. While on its own a humble automobile, this Escort was the final car driven by Pope Saint John Paul II before his election to the Papacy in 1978. Sold to benefit the Vatican’s charities in the mid-1990s, the car’s sale at Auburn Fall will benefit the John M. O’Quinn Foundation. Founded by the late collector whose name it bears, the Foundation supports a wide variety of charitable activities, focusing on conservation, education, health and programs benefitting underprivileged youth in Houston, Texas and the surrounding area. Following two decades in storage, “the world’s most famous Ford Escort” remains in original condition, and is a remarkable, evocative artefact of one of the most respected world leaders of modern times (Est. $150,000 - $300,000, offered without reserve).

Gord Duff, Global Head of Auctions, RM Sotheby’s Group says, “The Auburn Fall atmosphere is unlike that of any other event on our global calendar, and our early highlights are a testament to the variety you’ll find only at the Auburn Auction Park. The Daytona Spider Conversion offers a more affordable acquisition of one of Ferrari’s most sought-after models, while the Papal Ford Escort represents a rare collecting opportunity and the ultimate conversation piece. We look forward to welcoming back thousands of enthusiasts to the classic car capital of America once again this year.”

For further event information, an updated list of entries for Auburn Fall, or to register to bid please visit rmsothebys.com. To speak with an RM Auctions specialist about entering a car in the sale, please call +1 519 352 4575.
Posted by jeffharris at 19:06 No comments:

Posted by jeffharris at 18:48 No comments:

Posted by jeffharris at 18:43 No comments:

Posted by jeffharris at 16:18 No comments: