Fifty canvases by the master of movement
Art in Motion, an exhibition of new paintings by the well known artist Dexter Brown will be on show at the international auction house Bonhams in New Bond Street London from  16th – 27th      February.  All the works are for sale and 50 per cent of the proceeds will go to Combat Stress, the Veterans’ mental health charity, which provides specialist clinical treatment and welfare support to  ex-Service men and women across the UK suffering from psychological injuries.
Dexter Brown’s work is a favourite with collectors all over the world. He is particularly famous for his paintings of speeding racing cars and for the many portraits of famous actors executed in his years as artist in residence at the Duke of York Theatre in London.
For the exhibition at Bonhams, Dexter was given a totally open remit with no set subject or theme.  As the artist explained in a recent interview, “It’s quite something to be given such a free hand.  For some reason I just had this thing again about the cars.  I started to think about films and TV programmes that have cars in, and that made me drift sideways to actors and actresses I’ve always admired.”
Peter Fonda is depicted from Easy Rider; Paul Newman and Katherine Ross in Butch Cassidy and the Sundance Kid; Steve McQueen and the Porsche 917 from Le Mans as well as his own Ferrari 275 GTB/4.  Closer to home there is John Thaw as Inspector Morse with his famous burgundy Mark 2 Jaguar and Billie Piper as seen in The Sally Lockhart Mysteries.
Bonhams Chairman, Robert Brooks, said, “I have been a great admirer of Dexter Brown’s work for many years and am delighted that we are able to stage this exhibition at Bonhams and raise money for such a worthwhile cause.”
Founded 95 years ago Combat Stress is the UK’s leading mental health charity for Veterans. Since its foundation it has supported more than 100,000 ex-Service men and women and is currently providing help for more than 5,600, including 662 Afghanistan Veterans and 960 Iraq Veterans. The youngest Veteran is just 19 years old and the oldest is 97.
Combat Stress treats conditions including Post Traumatic Stress Disorder (PTSD), depression and anxiety.
Posted by jeffharris at 20:26 No comments:

Bonhams single-marque Mercedes-Benz sale will return to Stuttgart on 28 March, coinciding with Retro Classics Stuttgart week, the largest annual exhibition of classic cars in Southern Germany.
A spectacular 1938 540 K Cabriolet (complete with covered spare wheel) heads the sale. The Mercedes-Benz auction is the first time the 540 K has been publicly offered, available at an estimated €2,000,000-2,500,000 (£1,500,000-1,900,000).
Restored to Concours condition, the two-seater 540 K is a significantly lighter variant of the original 500 K design. Developed in the mid-1930s, it was one of the most impressive cars available at the time, and today remains distinctly rare.
A 1960 Mercedes-Benz 300SL Roadster is an additional early consignment, estimated at €900,000-1,200,000 (£700,000-940,000). An extremely original example, the roadster has been in current ownership since 1980, and at its peak was the fastest production Mercedes around.

1960 Mercedes-Benz 300SL Roadster
The 300SL was previously owned by German industrialist, Alfried Krupp von Bohlen und Halbach (1907-1967), of the Krupp dynasty.
Philip Kantor, Head of European Motorcars, said: “Bonhams is the pioneer for single-marque sales, and is delighted to continue this newly established sale with Mercedes-Benz. Last year’s sale attracted many bidders from around the world, achieving a total £9.4 million (€12 million) - a wonderful result for a sale only in its first year. We look forward to similar success at this years’ auction.”
Held in the Mercedes-Benz Museum, Bonhams auction will showcase a variety of some 40 classic motor cars from across the German marque’s century long history.
“Unique and authentic vehicles – that is the idea we share, both Mercedes-Benz and Bonhams. Originality plays an important role in our philosophy,” explains Michael Bock, Head of Mercedes-Benz Classic and Customer Centre. “After the successful auction last year we will once more offer an appropriate stage for Bonhams. Classic car collectors and visitors of the museum will once again be given a taste of exciting auctions.”
The Mercedes-Benz Museum charts the entire history of the world’s oldest car manufacturer. A total of 1,500 unique exhibits are featured in the museum, including 160 vehicles.
Posted by jeffharris at 20:25 No comments:

Posted by jeffharris at 17:57 No comments:

Posted by jeffharris at 17:54 No comments:

Posted by jeffharris at 17:52 No comments:

Posted by jeffharris at 17:51 No comments:

The penultimate pre-war 1939 Vincent HRD Series-A Rapide motorcycle rescued from scrap is now being offered, fully restored, for an estimated £220,000-260,000 at Bonhams Stafford Sale, taking place 26 April 2015.
The Vincent Series-A twin offered is the penultimate machine dispatched from the marques Stevenage factory before the outbreak of World War Two in 1939. There are only around 65 Series-A Vincent v-twins left in the world today, making this sale exceptionally rare.
The Vincent has remained in the family of motorcycle enthusiast Harry Lloyd since 1959, when it was purchased in exchange for a mere £10 and an Amal TT carburetor. Lloyd restored the bike to its former glory and used it for family trips around the United Kingdom. After a decade of use, the primary chain snapped when on a journey home through the suburbs of Liverpool, leaving the bike in need of repair. In 1968 the HRD was dismantled, pending future restoration, and stored in a lock-up garage in Liverpool.
A decade later, with the bike still in storage, an administrative error meant ownership of the garage had been allocated elsewhere. When Lloyd arrived, the padlocks had been cut-off of the garage and his bikes - including the HRD Series-A - were being loaded into a skip.
After much argument, it was decided that the bikes couldn’t be left, and so were transported back to Lloyd’s Liverpool home and stored in the rear bedroom, where they remained undisturbed for the next 15 years.

“In 2007 restoration of the Vincent finally began, but sadly Mr. Lloyd passed away before seeing the finished rebuild. No doubt he would have been very proud of the finished machine," said Ben Walker, International Director for Bonhams Motorcycle Department.
“Seven years of restoration have resulted in a magnificent motorcycle completed to Concours standard. Owned by the same family for the past fifty years, Bonhams Stafford sale offers a rare opportunity to acquire this highly desirable machine – one of the holy grails of the motorcycle world and a must for any major collection.”
Posted by jeffharris at 13:32 No comments:

The Series 1 3.8 Fixedhead Coupe is seen by many as the most desirable E-Type for its pure lines and sumptuous curves. The example offered here is an original UK right-hand drive 3.8 Fixedhead Coupe, presented in the elegant colour combination of Opalescent grey with grey leather.
First registered on 15th March 1963, this E-Type shows a mere five previous owners on the log book. It was purchased by the current owner in 2008 and has been cherished in a Carcoon dehumidified environment ever since. Invoices in the history file suggest the car was restored between 2000 and 2004 and now the restoration has mellowed nicely. The engine head and block are matching numbers and the car retains the original 4-speed Moss gearbox.

Finished in lovely order throughout, this most desirable of E-Types is now ready to be enjoyed by its next owner with a fresh MoT test certificate.
Estimate (£): 65,000 - 75,000
Read more here
Posted by jeffharris at 10:40 No comments:

One of 12 built, the 1950 General Motors Futurliner Parade of Progress Tour Bus (Lot #2501, above) is a bona fide piece of American history. The GM design staff, under Harley Earl’s direction, created this self-contained display and transport vehicle. Its sale is made even more special by the generosity of Ron Pratte: 100 percent of the proceeds from the auction of this amazing vehicle will go to the Armed Forces Foundation.

If you’ve been to Barrett-Jackson before, you’ll know that the final Saturday is always a blockbuster experience. But this year, Saturday at the 44th Annual Barrett-Jackson Scottsdale Auction has so many extraordinary vehicles crossing the block that no single press release or eBlast can contain the news. Everywhere you look, historically significant and groundbreaking cars abound. While there are literally hundreds of tales to tell and every car........  Click here to see full report
Posted by jeffharris at 10:37 No comments: 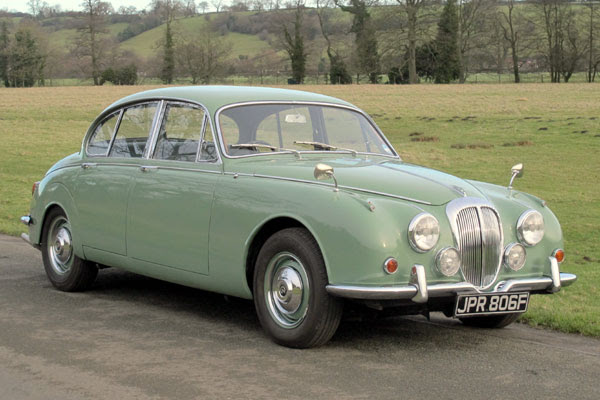 Further entries are now invited for our first auction of 2015 taking place at The Pavilion Gardens, Buxton, on Wednesday 25th February. To discuss consigning a Motor Car to this auction, please contact one of our specialists on +44 (0) 1925 210035 or info@handh.co.uk

Further Motor Cars can be viewed by clicking here. 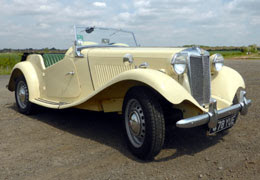 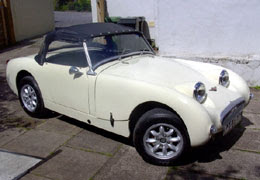 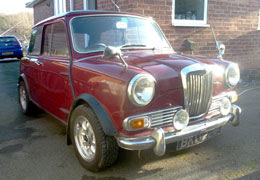 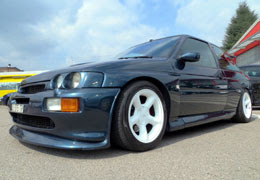 Posted by jeffharris at 10:28 No comments: