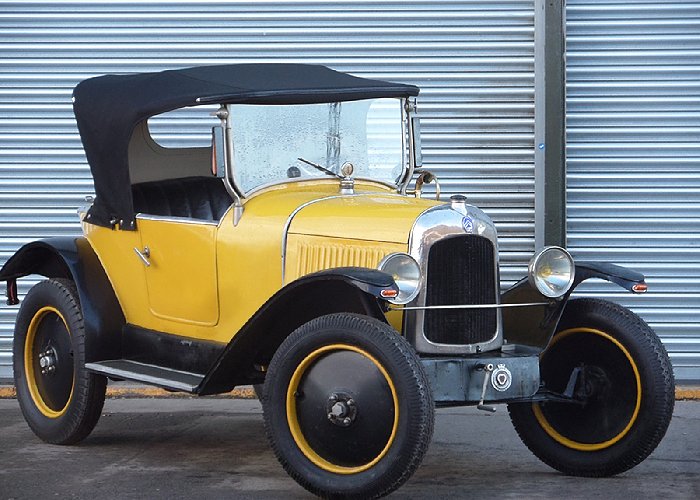 MOTOFINARTE, MOTORCYCLES AUCTION IN BERGAMO, ON SUNDAY 25TH OF MARCH 2018

Posted by jeffharris at 09:55 No comments:

FORMULA ONE STARS AND THEIR CARS:
RARE MACHINES FOR ROAD & TRACK FEATURE AT RM SOTHEBY’S MONACO SALE
LONDON (28 March 2018) – RM Sotheby’s is delighted to announce further exciting lots ahead of its biennial Monaco sale on 12 May at the Grimaldi Forum, Monte Carlo. A flawlessly maintained 1978 Ferrari 308 GTS – first gifted to ex-Formula One and Scuderia Ferrari team driver Gilles Villeneuve by Enzo Ferrari – is joined by two stand-out, race-driven 1990s F1 star cars. A 1992-season Benetton B192,driven by Michael Schumacher in the Spanish Grand Prix, is on the consignment list together with a 1999 Jordan 199 Formula 1 car, driven to second place by Heinz Harald Frentzen at the ’99 Australian Grand Prix.

Records show that Villeneuve received the Ferrari 308 GTS at the start of his six-year association with the Scuderia Ferrari racing team in 1977, as a gift from Enzo Ferrari while the Canadian driver was in Europe for Formula One competition and training. With 36,000km recorded on its odometer, the car remains in highly original condition. The Ferrari includes several features differentiating it from standard production 308 GTS, which were likely installed by the factory when new. Used regularly by Villeneuve, the 308 GTS remained with the driver until his tragic death at the 1982 Belgian Grand Prix. It is said that he would often use the Ferrari to drive from his Monaco home to Ferrari’s Maranello base in Italy – a distance of 432km – and legend has it that he once completed the journey in just 2 hours 25 minutes, with an average speed of over 110mph.

The 308 GTS was officially recognized by Jacques Villeneuve – Formula One World Champion in 1997 and son of Gilles – as his father’s car when the car entered ownership of a private collection in Denmark, where the Ferrari has most recently been kept. The sale includes forms signed by Jacques which state this. The car – then fitted with number plates denoting its Modena region registration in Italy – also appears in a number of magazine and newspaper articles on Gilles, included with the lot, to serve as the ultimate memorabilia for any motorsport fan who could bid on this car. Official import documents and service history also accompany the Ferrari. 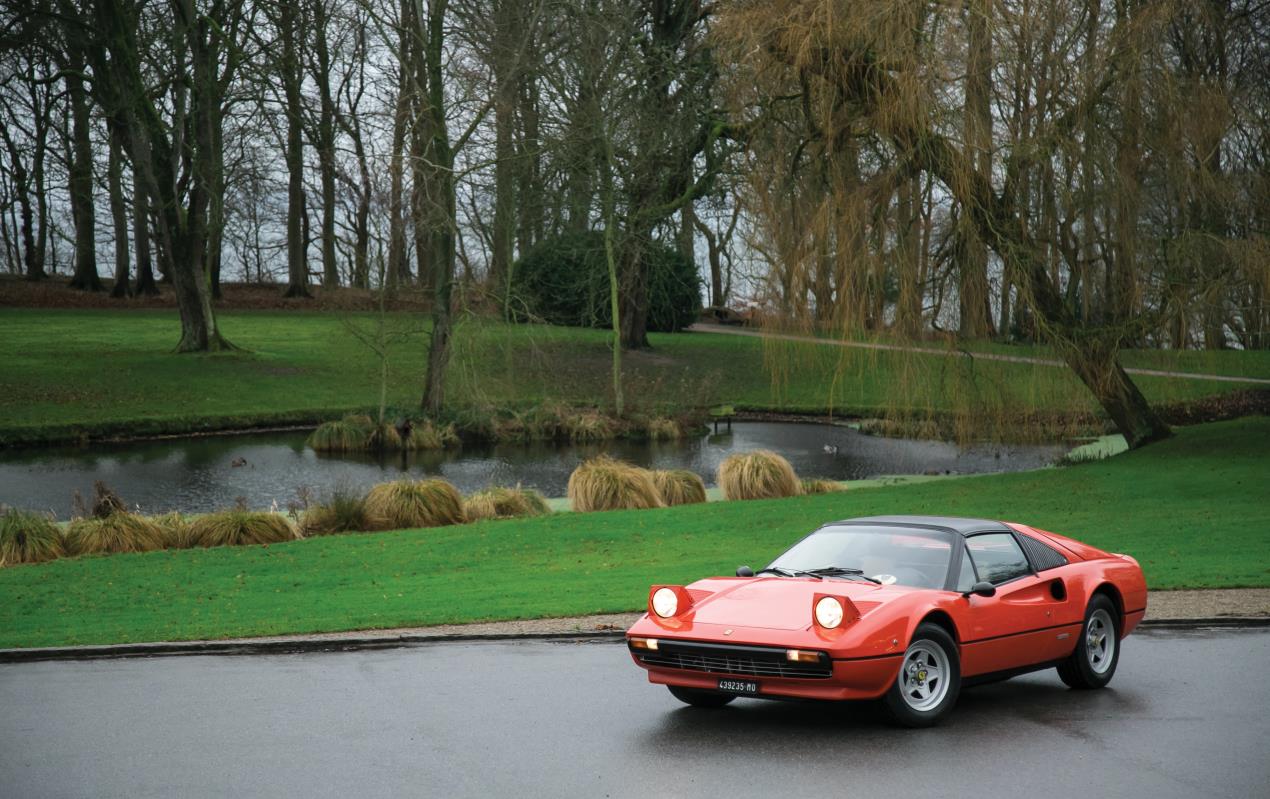 “The 308 has been kept almost as it was since the last day Gilles drove it,” comments Augustin Sabatié-Garat, Auction Manager, RM Sotheby’s Europe. “As a gift from Enzo, to one of Ferrari’s most revered drivers, this car represents a celebrated era of motorsport. It’s not just the highly original condition of the car that is important, as the signed documents, brochures and pictures that come with it only add to its sentimental value. This is a collectible car from a classic era of grand prix racing, and is evocative of Gilles Villeneuve as we remember him, a great character and huge personality.”

As one of two vintage racecar consignments, the 1992-season Benetton B192 Formula 1 car is a headline lot to look out for in Monaco. With Benetton, the car raced at the 1992 Spanish Grand Prix (the fourth round of the Championship for that year), which was the B192’s debut. The legendary Michael Schumacher qualified in second behind Nigel Mansell and took second place in the same race. This would help lead both Benetton and Schumacher to third place in the Manufacturers’ and Drivers’ Championships at the end of the season respectively. The Spanish Grand Prix would be its only formal race. Afterwards, the car was used as a spare at San Marino and Monaco. 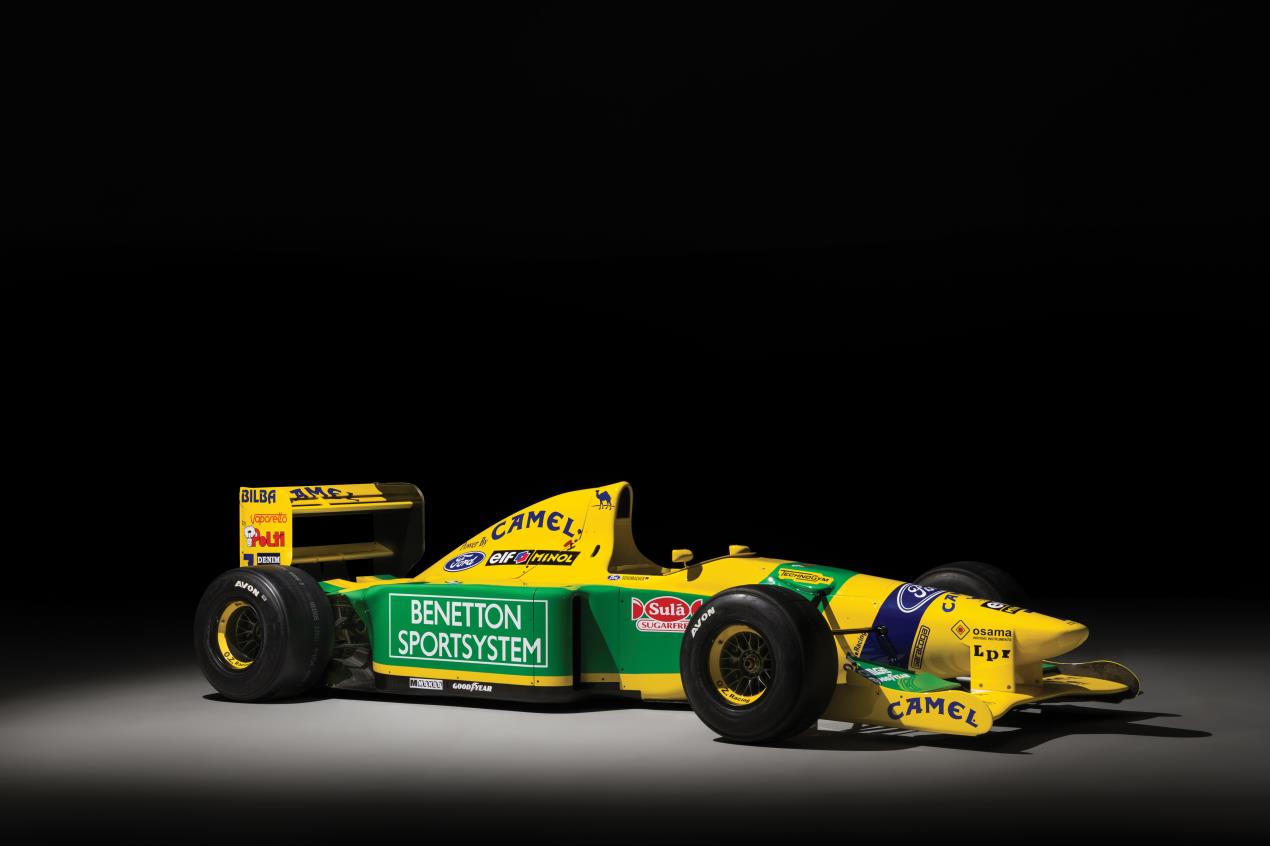 The second race-driven car, the 1999 Jordan 199 Formula 1, adds to the ‘90s Formula One theme presented by RM Sotheby’s at its fourth sale in Monaco. The car was driven by Heinz-Harald Frentzen during the 1999 Formula One season and was piloted to second place at the Australian Grand Prix and third place at the Brazilian Grand Prix. Fitted with a mid-mounted, naturally aspirated Mugen-Honda MF-301HD 3.0-liter V-10 engine, the 199 is recognized as Jordan’s most successful car in the team’s 14-year history, allowing Frentzen and teammate Damon Hill to secure two race wins, one second place and three third-place finishes in that season. 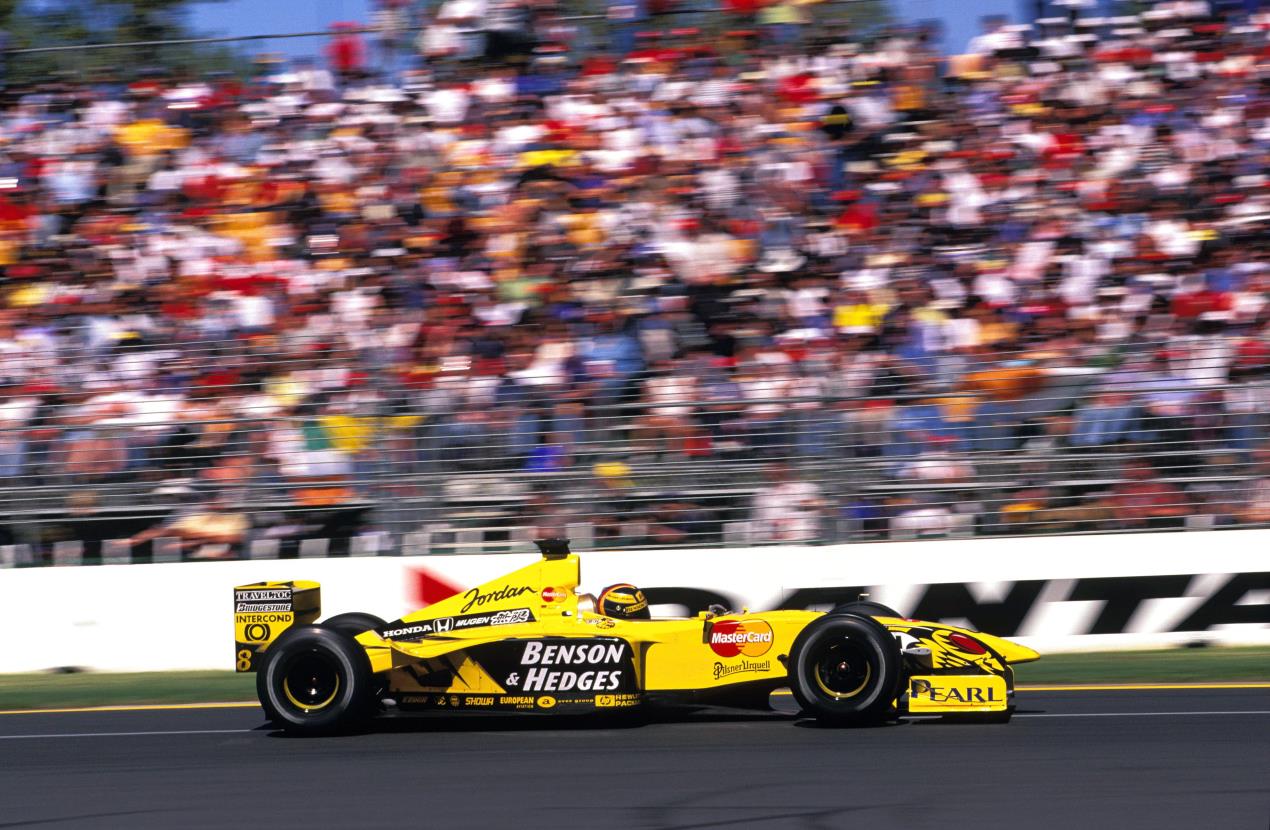 Sabatié-Garat continues: “These two historic motorsport lots represent an important age in Formula One. The ex-Schumacher car will be of immediate interest to any motorsport fan and would-be collector, while the Jordan car was highly successful in its own right. Undoubtedly, these 1990s cars represent a bygone age of motorsport – before the widespread introduction of the many electronic driver assistive technologies of today. The louder V-10 engines in Formula One are missed by many, but now is the chance to secure one of your own.”

For further information on RM Sotheby’s Monaco sale, to view an updated list of entries for the sale, or to register to bid, please visit www.rmsothebys.com. Interested bidders are invited to call RM Sotheby’s London office at +44 (0) 20 7851 7070 to speak with a car specialist.

Posted by jeffharris at 22:36 No comments: